Mary A. Wilson an unsung hero 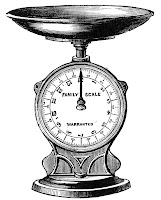 One of the great things about researching cookery heritage is discovering wonderful characters like Mrs. Mary A. Wilson. In these days where so much good food is wasted it is refreshing to be reminded of more frugal times when it was normal to make ingredients go a bit further and store quite delicate foodstuffs without the aid of refrigeration. Here she describes how to make home-made yeast.

Wash four potatoes and then cut in slices, without peeling, and place in saucepan, and add three pints of water. Cook until the potatoes are soft and then add

One-half cupful of hops.
Cook slowly for one-half hour. Rub the mixture through a fine sieve and then pour hot mixture on:
One and one-half cupfuls of flour,
One tablespoonful of salt,
One-quarter cupful of brown sugar.
Stir until well mixed, beating free from lumps. Cool to 80 degrees Fahrenheit. Now add
One yeast cake dissolved in one cupful of water, 80 degrees Fahrenheit
Stir well to mix and then let ferment in a warm place for ten hours. Now pour into jar or crock and store in a cool place.

TO USE
Use one and one-half cups of this mixture in place of the yeast cake. Always stir well before using and take care that the mixture does not freeze. This potato ferment must be made fresh every eighteen days in winter and every twelve days in summer.

Mrs. Wilson had a mission to teach people about cookery and this meant an understanding of food, how to prepare it, store it and cook it. She founded the Queen Victoria's Cuisiniere that later became Mrs. Wilson's Cooking School in Philadelphia. She was also Instructor Domestic Science at the University of Virginia Summer School.

In addition to establishing her own influential cooking school, Mary Wilson made an important and lasting contribution to improvement of nutrition of the United States armed forces. In 1916, midway through WWI, she was asked by the US Navy to establish a cooking school where cooks could be properly trained. She promptly closed her own school and devoted her energy and expertise to the training of naval cooks even using her own equipment.

She refused all offers of remuneration and funded the entire enterprise herself; her selfless action eventually being commended by Secretary of the Navy Josephus Daniels.